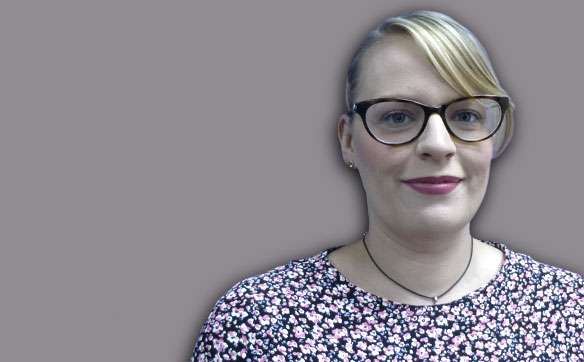 Meet our team of professionals

I have used Rohan Solicitors for over 10 years now and have always been super impressed with their great service. Having previously…

For many, Adidas’s three parallel stripes trademark is synonymous with the major sporting brand. However, last month’s highly anticipated judgement from the European General Court (T-307/17) declared the trademark invalid on grounds of a lack of distinctiveness.

The judgement stems from a long-standing ‘battle of the stripes’ between Adidas (three stripes) and Belgian footwear company Shoe Branding Europe BVBA (two stripes). The past decade has seen a rollercoaster of victories and losses for both parties, though the pendulum for damage has certainly fallen into Adidas’s court with this latest judgement.

In 2009 Shoe Branding applied for an EUTM consisting of 2 slightly sloping parallel stripes intended for use on trainers. Adidas challenged this, insisting it was too similar to its own three stripe design. Adidas had been unsuccessful initially, with the EUIPO’s Board of Appeal deeming the three-stripe mark to be “so banal that it could enjoy protection only against identical, or virtually identical, reproductions.”

Adidas successfully challenged this at the European General Court (EGC), who held that the two signs were indeed sufficiently similar, therefore liable to create confusion detrimental to Adidas’s sales. Unsurprisingly, Shoe Branding appealed this decision – bringing the dispute to the Court of Justice (CJEU). The CJEU however declared that the differences between the two shoes were not sufficient enough – beckoning a massive win for Adidas and even signalling a monopoly on both two-stripe and three-stripe patterns.

The victory however was short-lived. During the proceedings, Shoe Branding filed a separate request for a declaration of invalidity of Adidas’s three stripe mark, on grounds it lacked both inherent and acquired distinctiveness. The application was granted – leading to another round of court proceedings between the two brands.

In 2014 Adidas obtained an EUTM for a sign described as “three parallel equidistant stripes of identical width, applied on the product in any direction”. The filing for invalidity by Shoe Branding claimed that the mark lacked any secondary meaning or acquired distinctiveness – indicating it was merely a decorative mark which failed to provoke any association with the company by the European public. Consequently, the mark was removed from the EUTM Register with retroactive effect.

Subsequent appeals by Adidas to prove that the trademark was indeed distinctive had demonstrated unfavourable results for the brand, including in the present judgement. The reasoning can be summarised as follows:

Interpretation of the Mark

The first issue was whether the three-stripe mark could be considered a surface pattern mark or an ordinary figurative mark. If considered a surface pattern, the mark would be capable of reproduction in different dimensions and ratios. This is key as most evidence submitted by Adidas to prove distinctiveness were marks with varying colour schemes, ratios of height to width, and gradient (i.e. not identical stricto sensu to the mark as registered). To the dismay of Adidas, the mark was deemed merely figurative. This is because the original application had registered the mark as figurative, without any indication of intention to use it as a surface mark.

This demonstrates how essential it is for trademark registrations to be clear and precise in what they intend to protect.

As a result, a large quantity of evidence submitted to the proceedings had to be dismissed. This had an enormous direct impact on the rest of the Courts assessment.

Following on from this, Adidas claimed that the law of permissible variations would allow use of marks slightly deviating from the original which do not impact the overall distinctives of the mark. This requires the variations to retain some of the essential characteristics of the original mark. However, considering how simple Adidas’s registered three stripes mark is, the Court unsurprisingly found that “where a trade mark is extremely simple, even a slight difference could lead to a significant alteration to the characteristics of the mark as it had been registered”. The Court specified that a reversal of the colour scheme (white stripes on a black background), the use of two instead of three stripes, and the use of sloping stripes, were all enough to alter and diminish the distinctive character of the mark.

Therefore, when using an incredibly simple trade mark, the threshold for variation is extremely narrow.

This decision, again, severely limits the quantity of evidence the Court could use in assessing the original mark’s distinctiveness.

Acquired Distinctiveness throughout the EU

The final area of contention relates to the core of Adidas’s defence: that while the three-stripe mark admittedly was not distinctive inherently, the mark had gone on to acquire distinctive character throughout the EU territory via the use made of it.

Adidas provided evidence relating to use of the mark via images, figures relating to turnover and advertising expenses in the territory, market surveys and confirmatory decisions made by national courts.

However due to the above conclusion, the Court declared that only evidence relating to the mark at issue or marks which are permissible variations can be considered relevant. This essentially ruled out evidence relating to 23 Member States. The evidence deemed relevant (concerning Germany, Spain, France, Estonia and Romania only) additionally could not “be extrapolated to all the Member States”. While the Court concedes that proving evidence for all 28 Member State would be overly onerous (interestingly noting that cultural, linguistic and geographical factors may at times justify extrapolation) the Court asserts that covering only 5 Member States certainly will not amount to sufficient representation of distinctiveness throughout the entire European territory.

Ultimately what caused this major loss for Adidas was a lack of good evidence. The recurrent theme throughout the judgement related to attempts by Adidas to seek legal protection for marks beyond the scope of what had been granted in the initial application. Had greater foresight been observed in the initial application, or had the brand retained better records of use throughout the whole applicable territory, an alternative outcome is perhaps imaginable. Nonetheless, the case demonstrates the extreme difficultly a business may be exposed to if their trademarks are extremely simple.

The judgement serves as a lesson that regardless of the size and reputation of a company, inattentive applications and maintenance of trademarks can prove disastrous.

When analysing the reasoning of the Court, the following key lessons for trademark holders may be extracted:

If you have any questions of require assistance in registering or maintaining a trademark for your company, don’t hesitate to get in touch with us for expert legal advice.